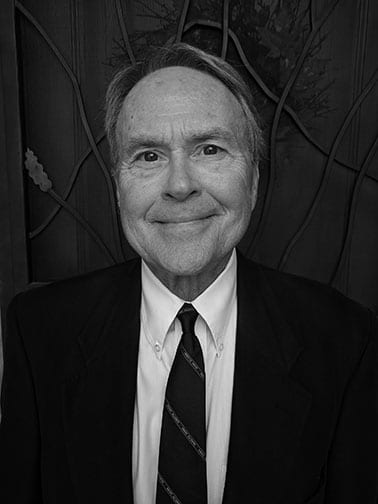 Frank E. Coggins came to New Mexico Military Institute in 1965, graduating from junior college division in 1967.  He was the second battalion adjutant upon graduation.  He then attended the University of Kentucky, where he earned his Bachelor of Arts.  He then served his country by joining the United States Navy.  Upon completion of his tour, he returned to the University of Kentucky and attended Law School obtaining a Juris Doctorate in 1975.  He then taught law for two years at the local junior college.

In September of 1988, Frank Coggins returned to the Old Post as assistant director of Development.  This started a 31-year tenure at New Mexico Military Institute.

Frank Coggin’s primary responsibility in the beginning of his employment at the Institute was to help develop what ended up being the most successful capital campaign in celebration of the Institute’s Centennial.  Frank not only applied solid business acumen to his assigned position but was active in networking with campus personnel and donors to assist in the New Mexico Military Institute’s Centennial fundraising goal.  He was instrumental in obtaining the Centennial sweatshirt worn by cadets and staff during the Centennial Flame Lighting Ceremony on the Capitol steps in Santa Fe, and the subsequent run to the Sally Port with the flame.  This event was a highlight to the Centennial Celebration.

He also served as the legal advisor and adjutant to the Superintendent from 1991 through 1996.  During these years he distinguished himself by preparing briefs and written information for outside attorneys to use while representing the school.  The results of this superb legal support saved the school financially and in many cases caused potential lawsuits to be withdrawn.  He also is recognized for assisting in caring for one of NMMI’s legendary alumni, BG L. T. (Babe) Godfrey, NMMI (Ret) 1923 HS-1924 JC by visiting him weekly and providing invaluable service through moral support to Babe during the last days of Babe’s life.

Frank Coggins shared his knowledge willingly with cadets and faculty by serving as an adjunct business law instructor. He also brought credit to the Institute in Roswell through his work with the Chaves County CASA Program, where he was known for his leadership and knowledge while dealing with complex issues.

Coggin’s loyalty is best stated by LTG Winfield W. Scott, Jr. when he said, “Franks loyalty to the school and to the Superintendent is above reproach.”  His conduct of his duties while working at New Mexico Military Institute for 31 years reflects our credo of Duty, Honor and Achievement.

Inducted for Service this 25th day of October, in the year 2019.