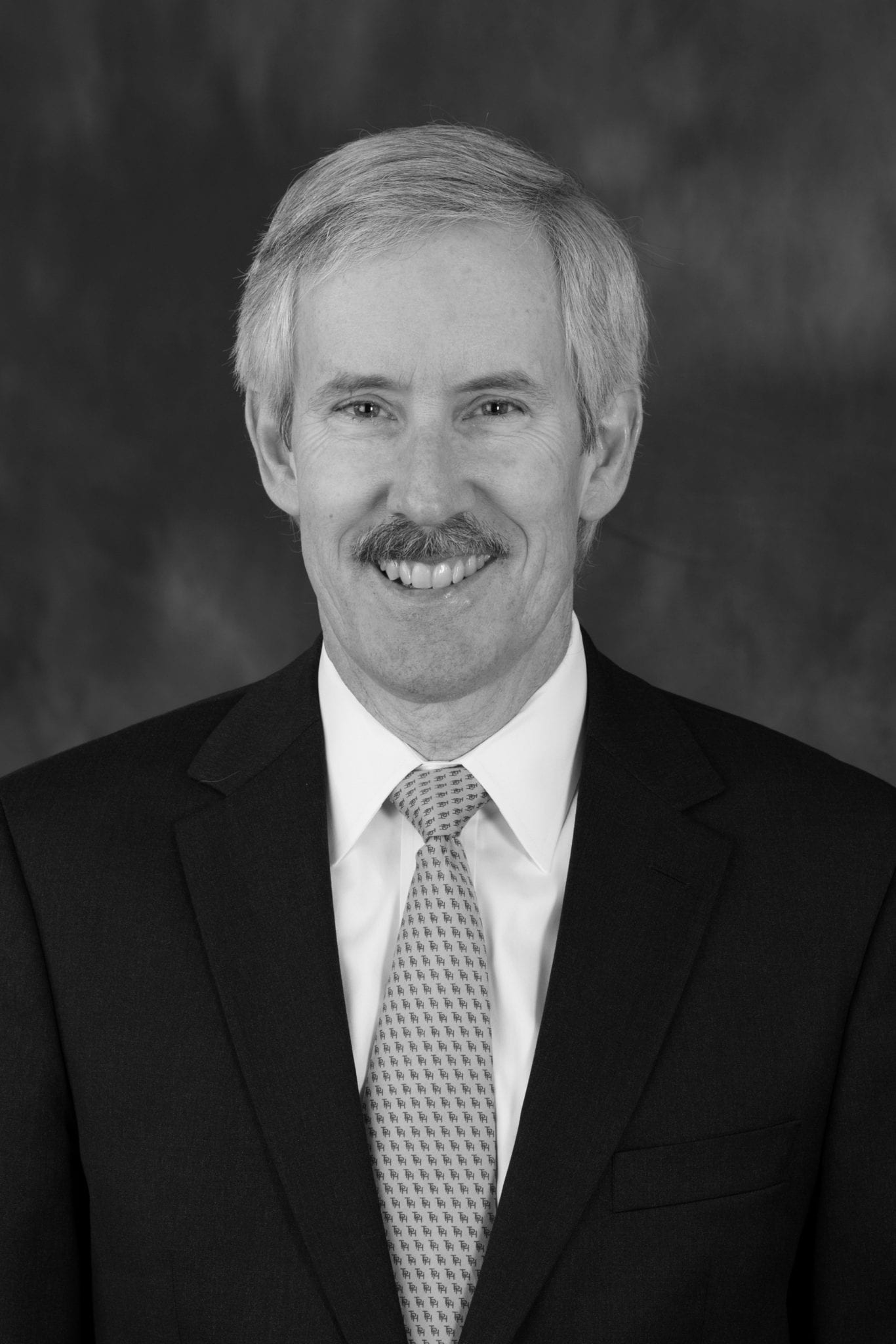 Chip Johnson was born in Roswell, New Mexico and attended high school at New Mexico Military Institute, graduating Valedictorian in 1974.  He is a third generation legacy at New Mexico Military Institute.  His grandfather, S.P. “Syl” Johnson, II, graduated in 1918 JC, and his father S.P. “Buzz” Johnson III graduated in 1949 JC.  During Chip’s three years at NMMI from 1971 to 1974, Chip was on the Dean’s List every semester, and there is no record he ever received demerits.  During his rat year, he won a Sally Port competition as well as Best New Cadet Competition.  His third class year, he attained the highest rank that was allowed for third classmen at that time — Sergeant First Class.

Chip obtained a Bachelor of Science Degree from the University of Colorado in mechanical engineering in 1979. Chip went to work for Shell Oil Company that same year. During his time at Shell, he was Operations Superintendent, Manager of Planning and Finance, and Manager of Development Engineering.  During that period Chip felt he could do a better job of finding oil and gas than his bosses, and set out on his own in 1992. Chip and co-founder of Carrizo, Steve Webster, bought a working interest in a small non-producing field.  In short order, they made it a producing field.  Not long after that, Chip and Steve founded Carrizo Oil & Gas, Inc. in December 1993, with Chip as President and CEO, and Steve as Chairman.  Following one success after another, in 1997 they took Carrizo public with an initial public offering of $2.3 Billion.

Carrizo engages in exploration, development, and production of oil and gas primarily in Texas, Colorado, Ohio, and Pennsylvania. Having drilled over 800 wells, Carrizo’s 2016 Annual Report to its shareholders stated that the company’s production was 25,700 barrels of oil per day, with a total production of 42,276 barrels of oil equivalent, and 200.2 million barrels of oil equivalent in proved reserves.  With the price of oil hovering at approximately $45 per barrel at that time, it is not hard to see that Chip is at the helm of a very successful company.

In 2013 Chip was a winner of The Texas Independent Producers and Royalty Owners Association (TIPRO) Texas’ Top Producers Award, and is a nationally recognized conference speaker in the field of oil and gas. Chip has been a featured guest on Jim Cramer’s “Mad Money” on CNBC many times.  He has had the honor of ringing the ceremonial NASDAQ Closing Bell in 2013 and 2017.  He was named the Outstanding CEO of a Medium Size Company in 2016 in the Houston Business Journal C-Suite Awards.

Through Chip’s philanthropic leadership, Carrizo contributed $1 Million to help establish an endowment at the University of Texas at Arlington, where Chip serves on the Development Board. The Carrizo Oil & Gas Fellowship supports students in their first semester in doctoral or doctoral-bound programs. Carrizo followed this in 2010 with a $5 Million gift to help complete the 6,500-seat College Park Events Center, UTA’s largest philanthropic gift in the university’s history. Carrizo donated $1.2 million for the construction of a 10,400-square-foot childcare center for the YWCA on the UTA campus. Carrizo developed and completed 22 wells on the campus, generating millions in royalties. Chip is the Treasurer of SEARCH Homeless Services, a coalition of congregations in Houston representing diverse ethnic, social, and spiritual backgrounds offering critical support for individuals and families. Chip is a member of the University of Colorado Mechanical Engineering Strategic Advisory Board.

Chip met his future wife Lori, while working at Shell.  They live in Houston and have three daughters.

In every aspect of his life, Chip has excelled and exemplified the Institute’s credo of Duty Honor and Achievement, and is fully qualified to be placed in the New Mexico Military Institute Hall of Fame for “Excellence in Field”.

Inducted for Eminence in his field of Endeavor this twenty seventh day of October, in the year 2017