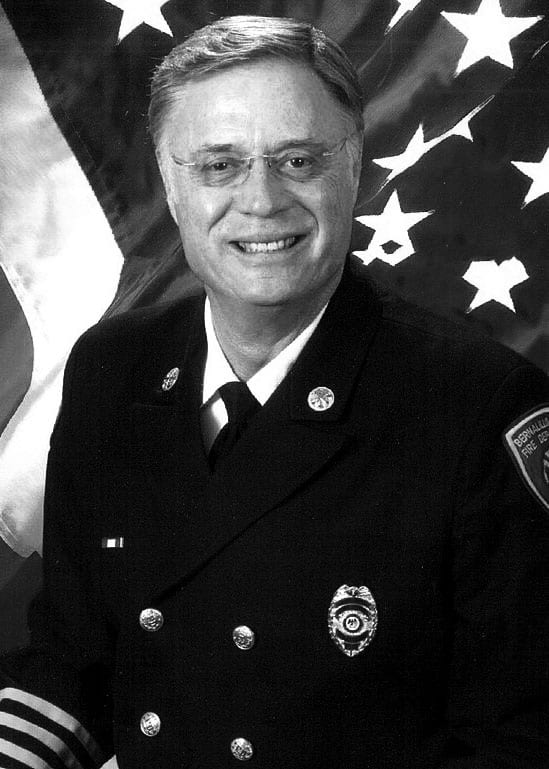 Gary Dale Williams attended junior college at New Mexico Military Institute beginning in the fall of 1965, graduating in 1967.  He was a member of the Exhibition Rifle Drill Team, served on the Chaplain’s Advisory Council, the library staff, officer’s Club and made the Commandant’s list.  He served on the Training Cadre also taught Karate to his fellow cadets.  His first-class year he served as a First Lieutenant and Platoon Leader in India Company.

Upon graduation Gary attended Texas Tech University obtaining a degree in Money and Banking.  He then returned to his native Santa Fe to begin a fifty-year career in Banking.  From Branch Manager to Loan Officer and Collector to President of the Bank, Gary achieved success in all areas of his chosen career.  Upon his retirement in 2015 as Vice President of Corporate Properties, Gary was responsible for property acquisition and disposition for Wells Fargo in the states of Texas and New Mexico.

Gary Williams is known in the state of New Mexico as a volunteer extraordinaire.  He has been involved in New Mexico’s Search and Rescue community since his youth as an Eagle Scout in Santa Fe, New Mexico.  Gary was one of the original sponsors of the 1973 New Mexico Search and Rescue Plan and is recognized as an expert in the organization and development of Search and Rescue in New Mexico. In 2016 he received the New Mexico State Police Chief’s Award for his 50 years of dedicated service to the Search and Rescue Community.   He is Past Chairman of the New Mexico Emergency Services Council and past Rescue Leader of the Albuquerque Mountain Rescue Council.  He served on the State Emergency Medical Services Council, the Governor’s Council on Emergency Services, and as both a Type 1 Incident Commander and an Area Commander.  In addition, Gary was the Deputy Chief of Volunteers for the Bernalillo County Fire Department, a steering committee member for the Task Force 1, New Mexico Urban Search and Rescue Team, a Captain and Mission Coordinator for the Civil Air Patrol, and was an Honorary Commander at Kirkland Air Force Base and former advisor for the Bernalillo County Fire Explorer Post.  He is active in the Del Norte Rotary Club and received their “Service above Self” heroes Award in 2013.  In 2014 he was recognized as one of the Mayor’s Volunteers of the Year in the Albuquerque Community.  Gary has received the Civil Air Patrol Outstanding Humanitarian Service Award and the Outstanding State Search and Rescue Award from the National Association for Search and Rescue.   He co-authored the Search and Rescue National Merit Badge for the Boy Scouts of America and remains an active member of the Eagle Board of Review for the Great Southwest Council.  He received the Boy Scout Silver Beaver Award for Distinguished Service to Youth in 2014.

Gary Williams’ dedicated career in banking and spirit of volunteerism throughout his life have greatly benefited the State of New Mexico, as well as the nation.  His expertise in Search and Rescue serves as a model of sustained leadership and selfless service while exemplifying the New Mexico Military Institute credo of Duty, Honor, Achievement.